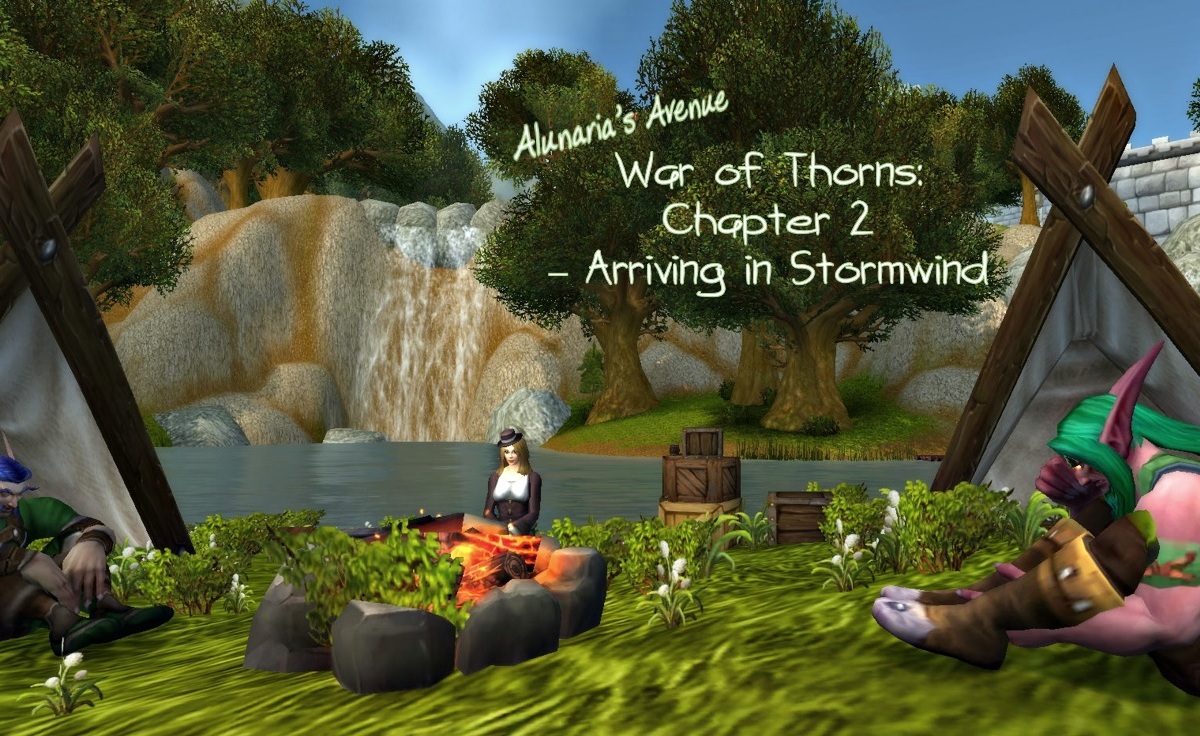 Where does one go from here, after such a horrific event last night..?

I am not sure. I’m not as great with words and analyzing as the rest of you guys.

A few of todays great blog posts include Marathal, Gnomecore and Kaylriene – Thank you, guys 🙂

For now, I just want to lend my aid to those in need, the refugees in Stormwind.

I have begun visiting places, that are bound to look different after Chapter 2 of War of Thorns.

My journey to Stormwind showed, that a lot of Darnassian and Gilnean Refugees are found around the city now (Grimmtooth spotted that). They all appear so sad, many of them are crying. I can relate. 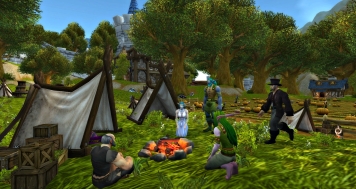 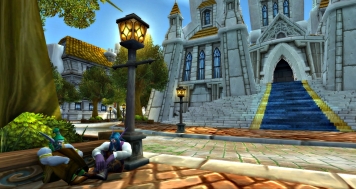 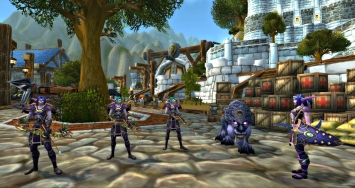 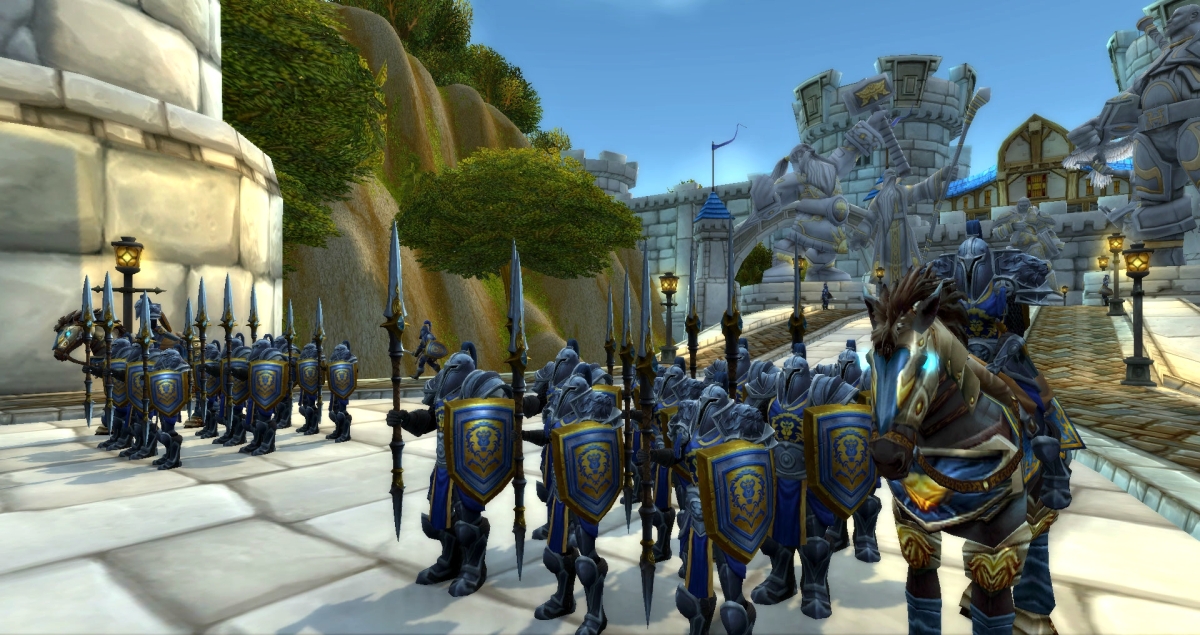 Tyrande and Malfurion still are not saying anything, not even a word. 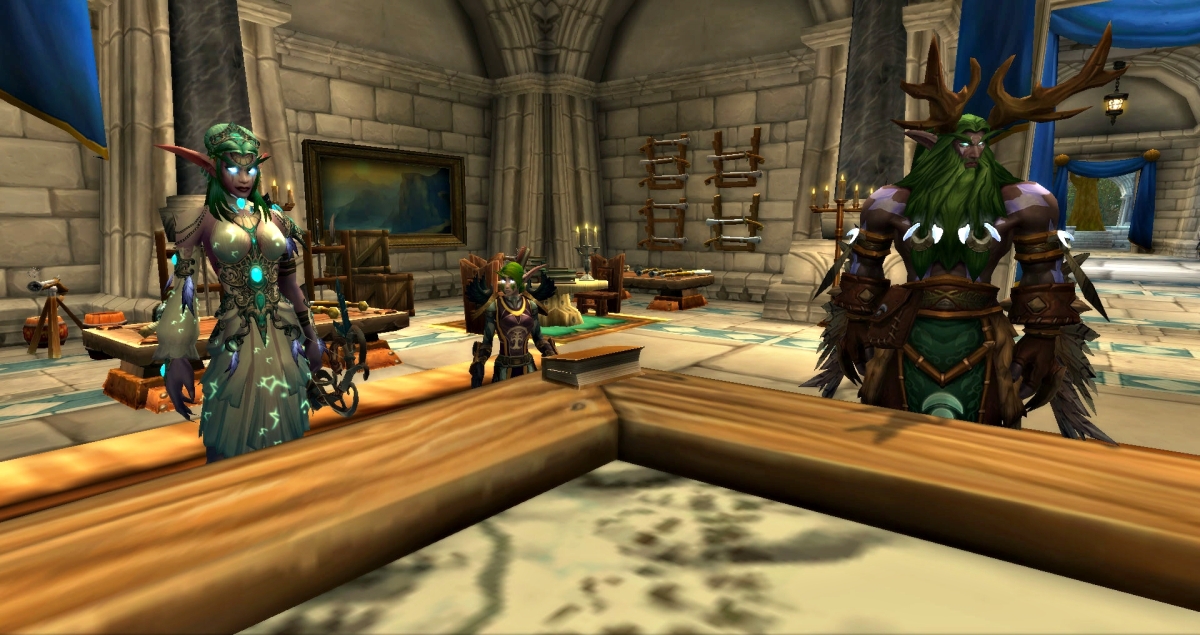 Inside the Cathedral though, you find Mia Greymane (Not fully healed yet) mending the wounds of survivors. 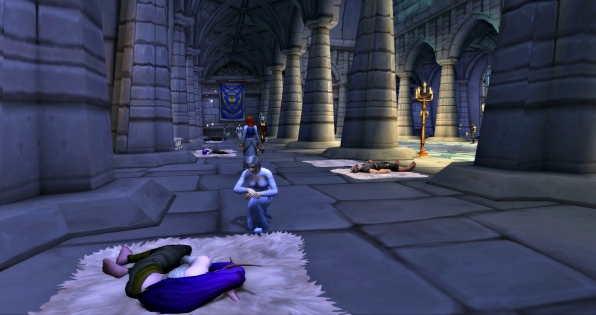 I wish Blizzard would add a few World Quests, that could involve aiding the refugees in Stormwind. Lend your healing skills to Mia Greymane in the Cathedral.

That would be great to do now.

Something to keep us going until next Wednesday, right?

It does not have to be much or be complex, just a simple – “tend to 5 refugees today” – kind of quest? Make them some food, take care of their children while they rest, heal them. You know? Perhaps I could even play the part as one of those refugees.

ASKING BLIZZARD FOR A WORLD QUEST?!

At the docks, that used to be where you went to board the ship to Darnassus, Perrin Moontear now stands, offering you a portal to Darkshore instead.

Not everyone is caught up with recent events though…!

They are taking good care of the sabers, that made it through.

Our Quartermasters are now in Stormwind.

Druids are helping the Ancients. 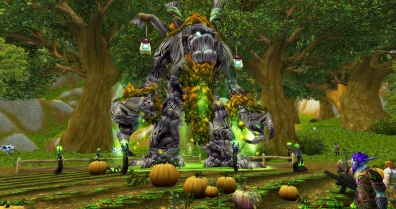 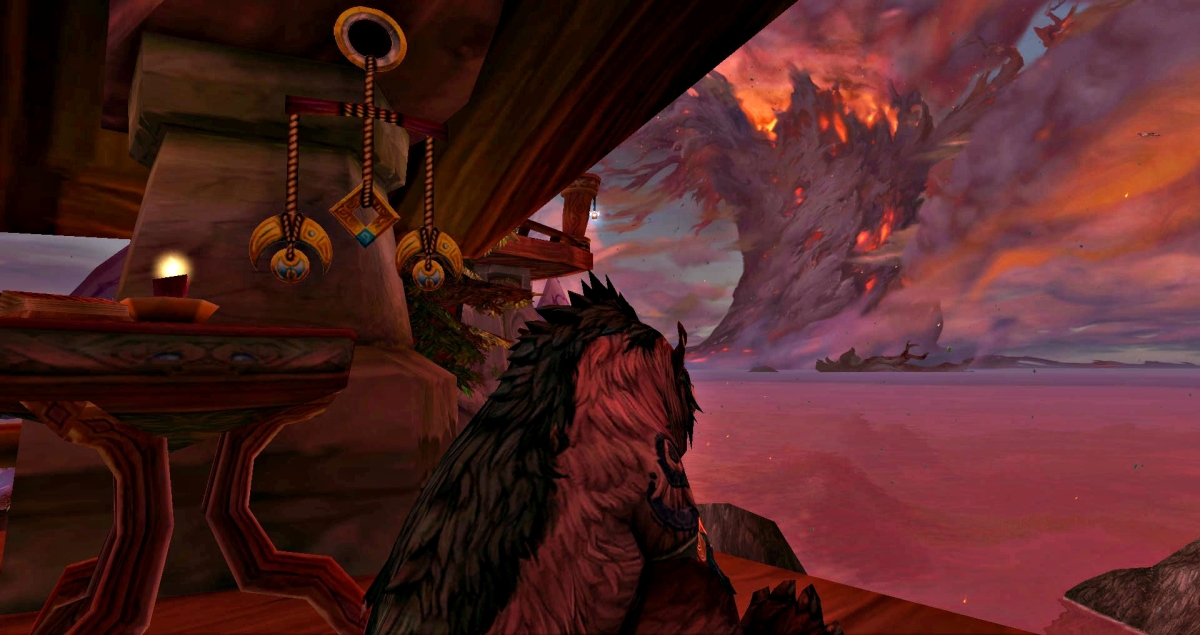 I hope the remaining citizens of Darnassus and Teldrassil will show up soon.

Have you spotted anywhere else, that has changed?

I hope to have more time tomorrow!

And to have lots of positive energy and all that soon again – I realize this post lacks a certain of the usual Alunaria-flair! (That’s allowed to say, right?)

Anyway, still wishing you a joyful Thursday evening and night 🙂

18 thoughts on “War of the Thorns – Chapter 2: Arriving in Stormwind”