I’m late but, hey, the last of Z & Cinder’s Blog Challenges of 2017 has been in the making for a while, since it required me to go through thousands of screenshots and select nothing more than 12.

Chosing ONE screenshot per month was very, very difficult, and if I browse through them again, I will end up chosing differently I bet, too, so let’s just get on with it!

Screenshots of the Year 2017 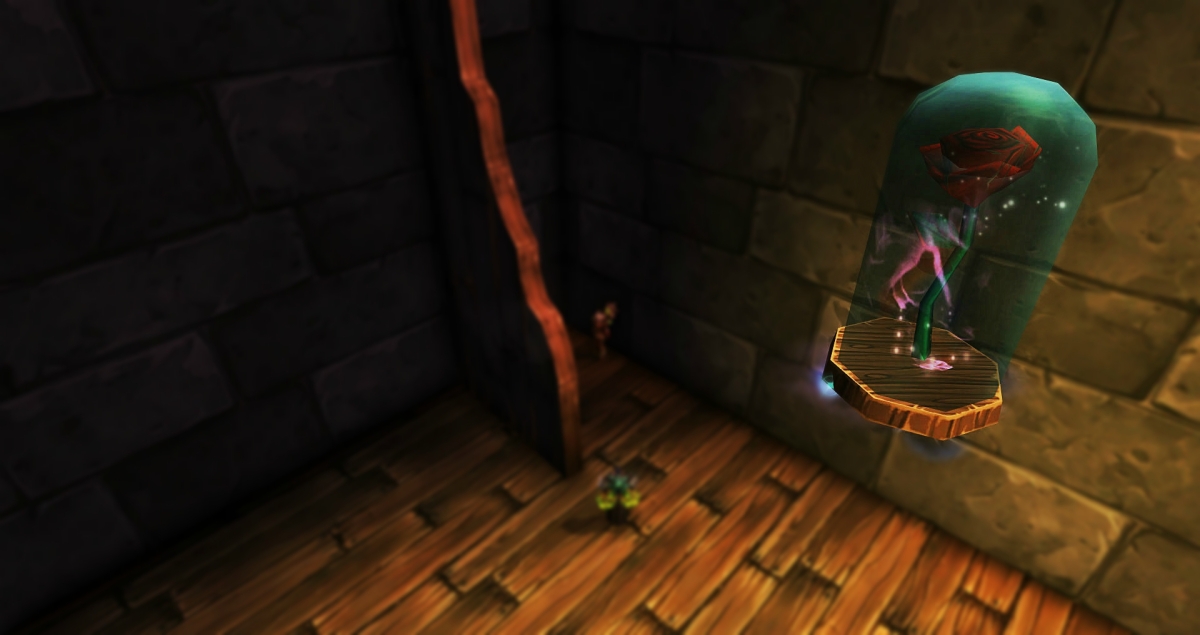 From the encounter Beautiful Beasts in the new Karazhan. After everyone leaves a Dungeon, I tend to stay behind and explore. That lead to the discovery of this flower. Such a gorgeous detail, taken from the original story Beauty and the Beast, and I love how the screenshot turned out.

From one of the new Dungeons in Legion (The Archway, I believe).  I tried to edit this picture a little, to really show, why I chose this one; the light effects coming in from the windows. You can even see the tiny particles in the air. It makes it seem so alive.

From a quest in Pandaria. To really appreciate these surroundings, one probably has to be there. Turn up the ambience volume and just be in the moment. The heavy wind, the snow in the air, alongside the quest where you have to make your way up this enormous mountain. Gorgeous. 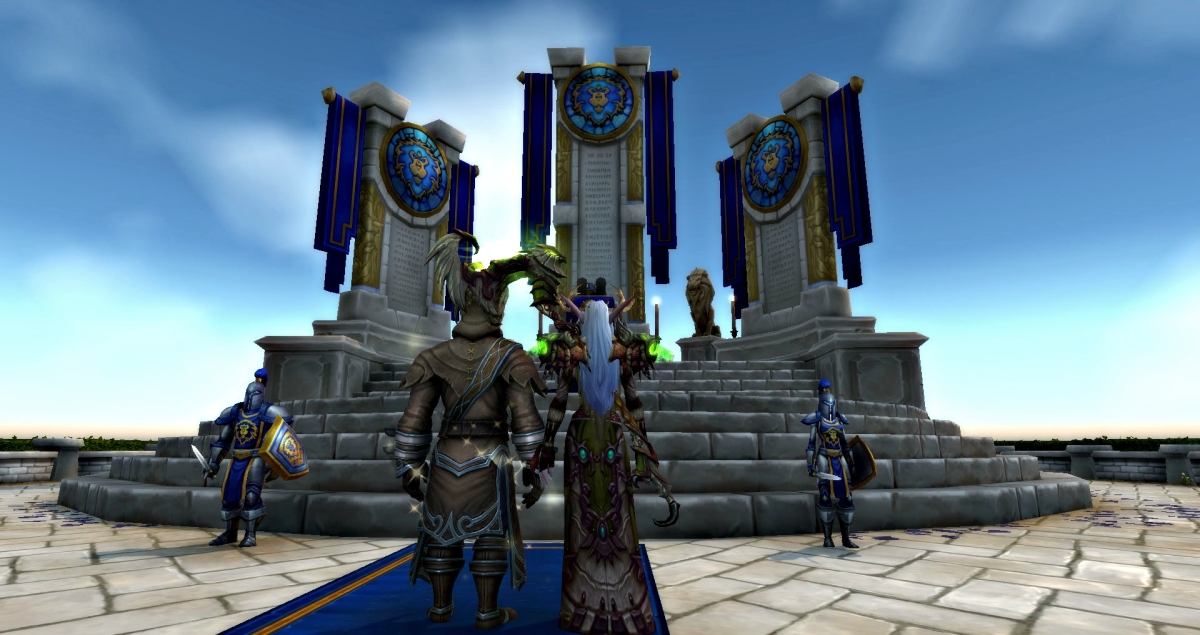 This month was tough; I had to decide between a picture of the Emerald Dreamrunner mount I got, or this one. But I ended with this one. Anduin has grown on me in Legion, and I really cherished the quest line with him.

Also, when you visit the memorial of his father, the song Canticle of Sacrifice can be heard in the distance, which is a brilliant piece of music.

May was the month, where I decided to say goodbye to my Glyph of the Doe, and welcome to the Orca. Best decision in Legion. I adore Orcas, and exploring the oceans of World of Warcraft, so those two things combined opened up – and enhanced the joy for so many adventures. 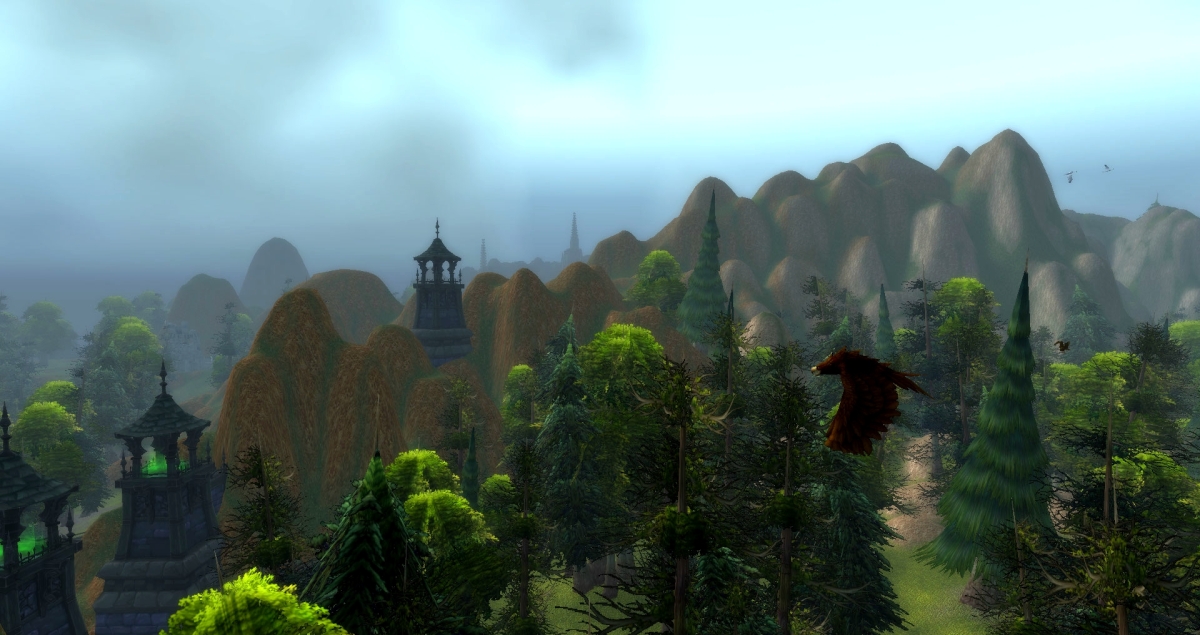 A screenshot from…Near the Plaguelands, I think this was taken. Just as I was casually flying by, I chose this one, because it highlights the beauty all around the world of Azeroth, no matter where we are. Remember the old world 🙂

During the start of my series A Wispy View, I discovered how beautiful and different familiar places can look as a wisp. The shadows in particular in this screenshots are stunning, I think. 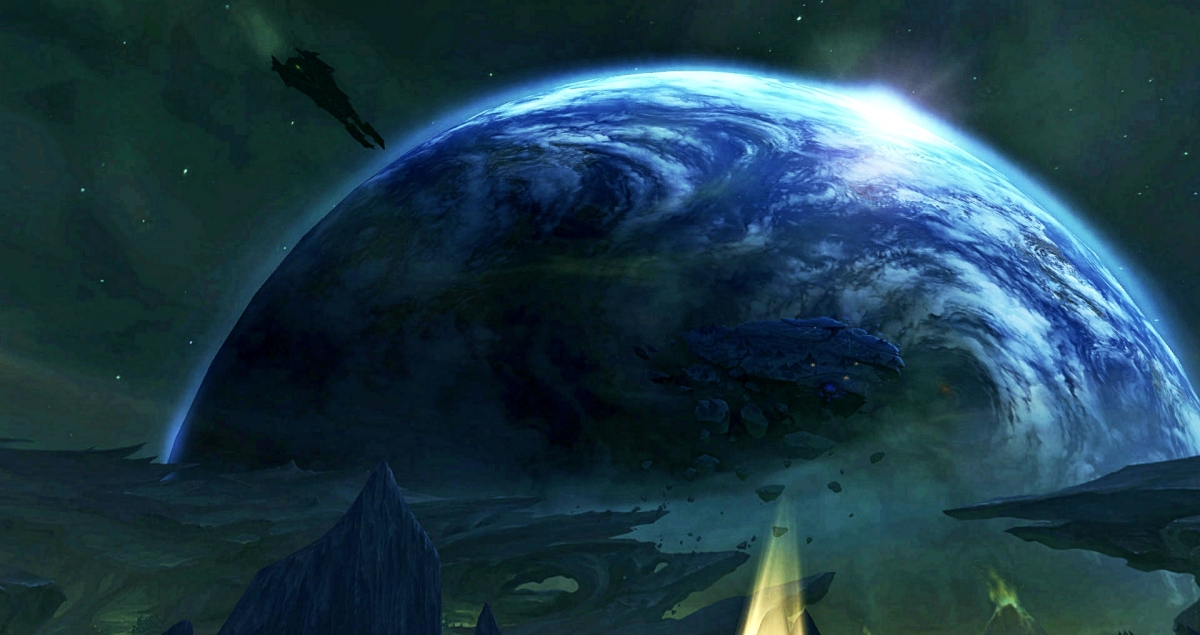 Seeing Azeroth from Argus; there was no doubt why this screenshot made the list.

During the making of the poem “For Azeroth”, I got to experience the world of Azeroth and how it would look if the Legion would take over. (I used a Toy for the effect)

That was amazing. The above picture is actually from Winterspring. It was quite moving to see the big difference. 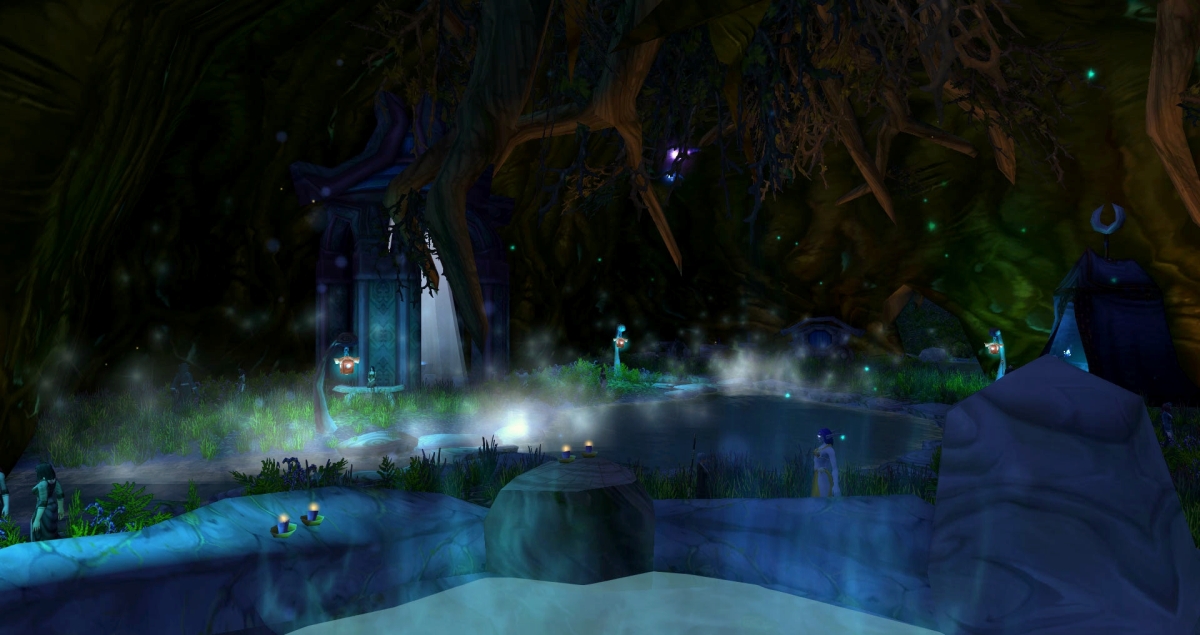 I love how the Howling Oak in Darnassus looks – and I chose this one, because the effects from the Moonwell and water surrounding it really got enhanced by using the Inky Black Potion.

A peaceful screenshot from one of my tours between zones. This is from the ocean, where Stormwind, Searing Gorge, Burning Steppes and Dun Morogh line up together. (A better view from the sky can be seen here) 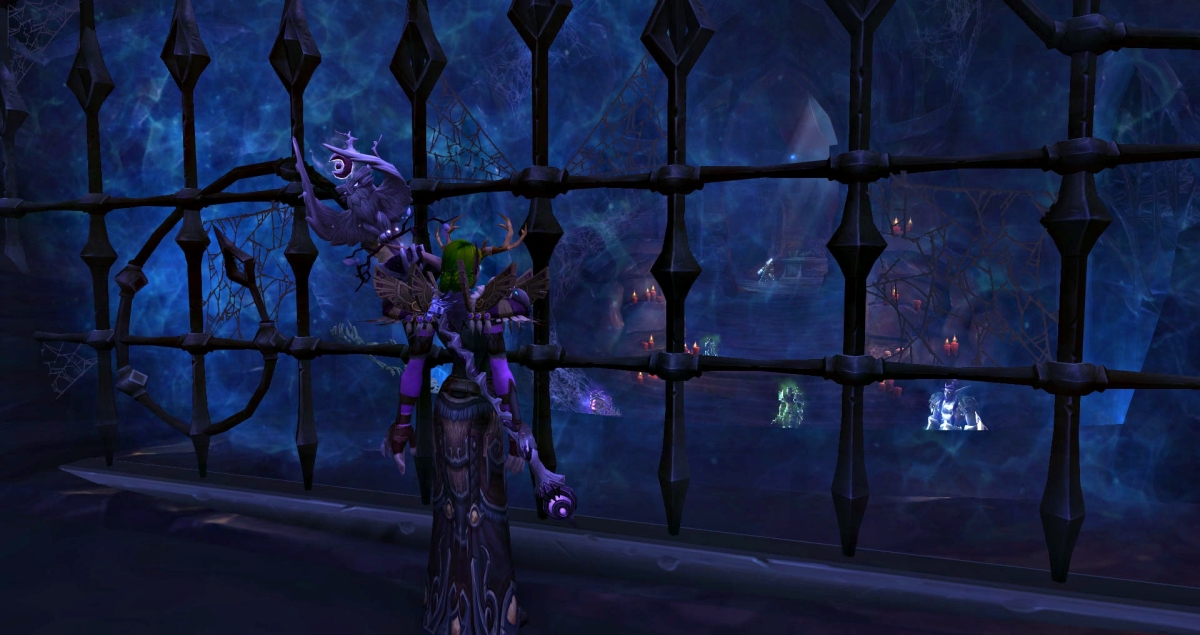 Many blast through Dungeons, but so much work has gone into making them. I chose this screenshot, because I adore the effects and colours inside this Dungeon (Blackrook Hold, is it?)

And it also shows my favorite look of G’hanir, which really is a big symbol for me, since it took a lot of effort to unlock that apperance)

Allthough…I have to add one more. My…

Screenshot of the Year

…if I have to choose one outside the list. It would have to be this one… 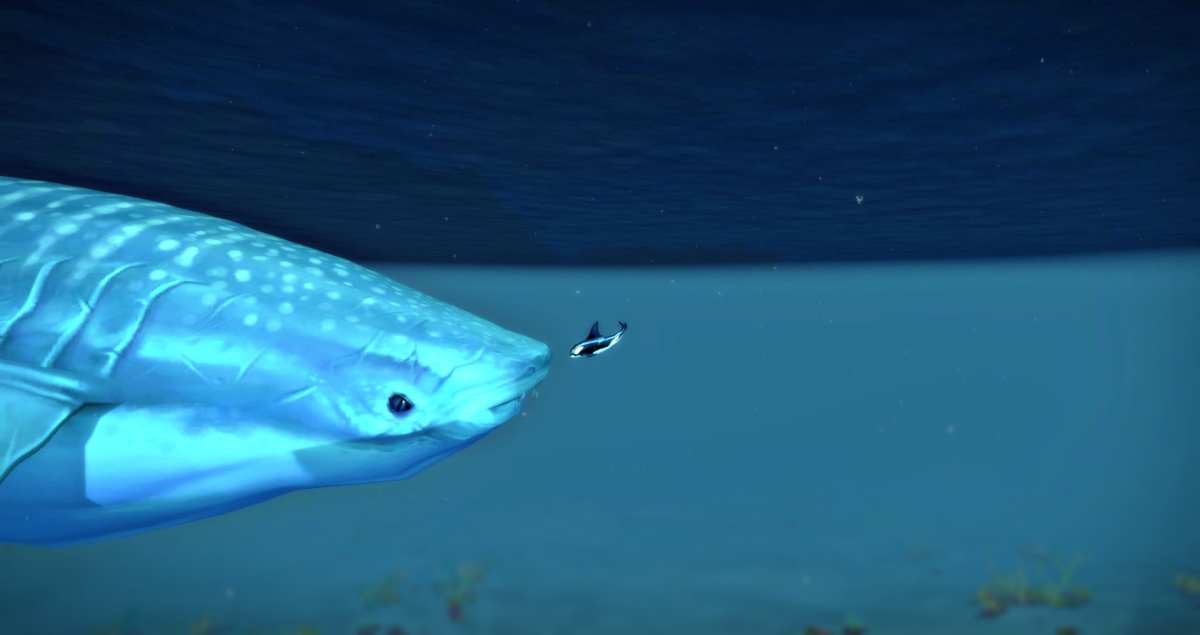 Just the very size of this Whale Shark is captured so well in this screenshot. The depth of the ocean behind, the colours, all of it.

(And considering I am just a tad scared of getting too close, I am honestly quite proud of having accomplished such a shot!

More about the Challenge

Back at the beginning of the year in Topic 7, we challenged you all to create a bucket list for the year of all the things you wanted to achieve in game in 2017. Well, it’s time to go back to that list and see how you did. Did you achieve all of your goals? Did some goals that turned out to be more challenging than expected? Let us know! (also, we’ll likely have a topic in early January about creating a new bucket list… just a little heads up!)

Zee did this to wrap up 2016 last year, and Alunaria does a similar thing each month as well. It’s such a great idea that we’re putting the challenge to you all as well. We challenge you to choose ONE screenshot from each month that is either your favourite, or shows a memory that you want to share. Just one (that’s the real challenge!) If you don’t have a screenshot for a particular month, don’t worry! You can share a tweet or a blog post or other memory for the month instead.

Z & Cinder have made a double challenge this time around, but for now, I will hit pause on topic 1  – mostly because, I was not around when the Bucket List Blog Challenge aired 🙂 (and I really need to tend to my To Do List too…)

As requested by Lord of Icecrown, here is the Honorable mention screenshot 🙂 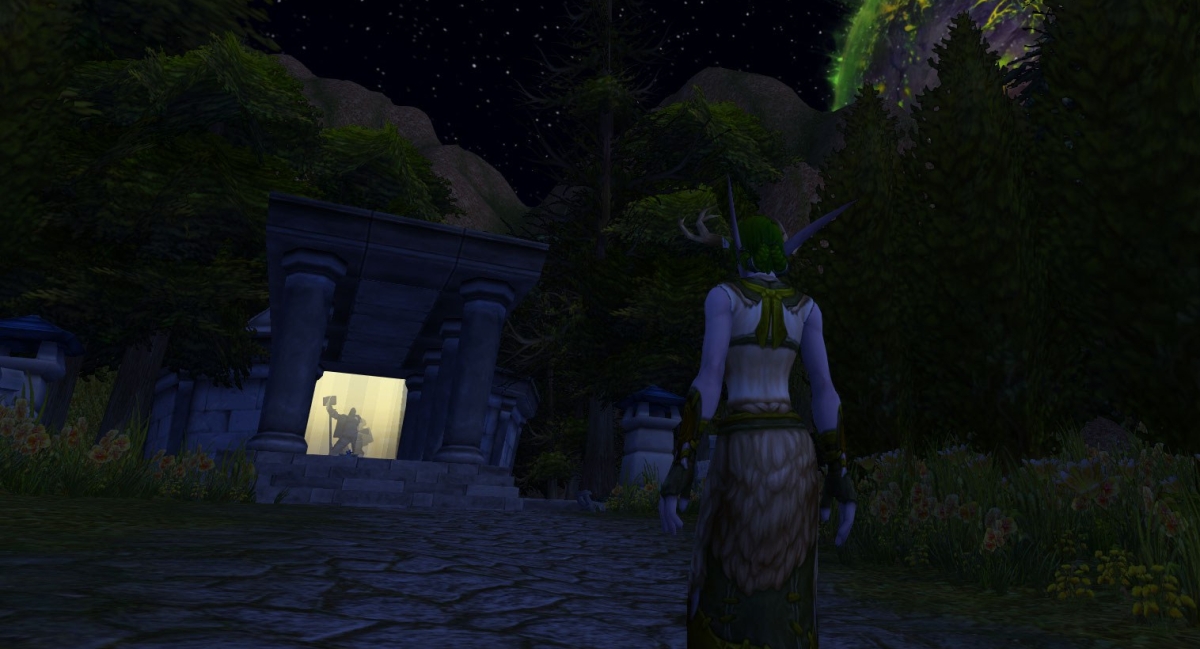