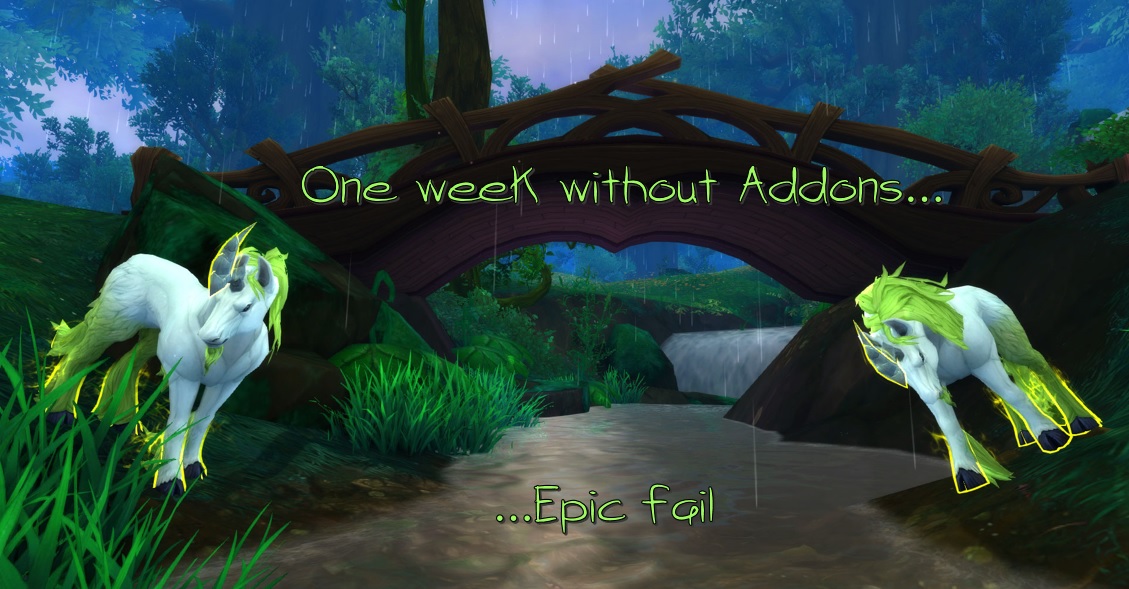 Yes. I admit it. I gave up. Me. Giving up. That is normally NOT up my alley.

In fact, if there is one thing, I rarely do, it’s giving up.

But this? Gosh. NO Addons whatsoever for an entire week?

Well, let’s just see what it meant for my gameplay, shall we…

Here I list the Addons, I grew to miss tremendously from the very first day. (In no particular order)

Okay then. I had to do a few LFRs. Of course.

Some raids went quite okay. Mostly every raid I have been doing for a few times, since I can remember the abilities to look for, by now…

…But newer raids, and Argus World Boss did not go so well! I totally forgot to turn away and as a result I got Mindcontrolled. Hah.

I am sure if I had spend just a few minutes refreshing, what this boss does, I would have been fine. And why didn’t I do that, really? I normally refresh my memory and read up on boss fights. I guess running with Addons has made even me adapt some kind of “Ah, DBM will tell me, if there is something important to be aware of…” attitude.

But as a Healer, starting at health bars, it sure is nice with an Addon to warn me about things.

Doing old raids made me miss Deadly Boss Mods too. I had no idea when which phase would happen. Granted, most kills are instant, but it’s still nice with an overview.

When does the boss become active again, and when is the next phase..? No timers, no clue.

Oh, how much I rely on an Addon to help me determine which Champions to select for which mission! I was clueless at first, hah.

Also I had no idea, that it was an Addon, that made me able to click my Class Hall icon and get connected to my Garrison as well. What do you know…

Wow, ok. I never realized, just how priceless the Addon Rematch is for Pet Battles. Again, I was clueless! Which pets to use when, where did all my “saved teams” go, and that neat easy to access function for XP, Safari hat and what not. Must have. 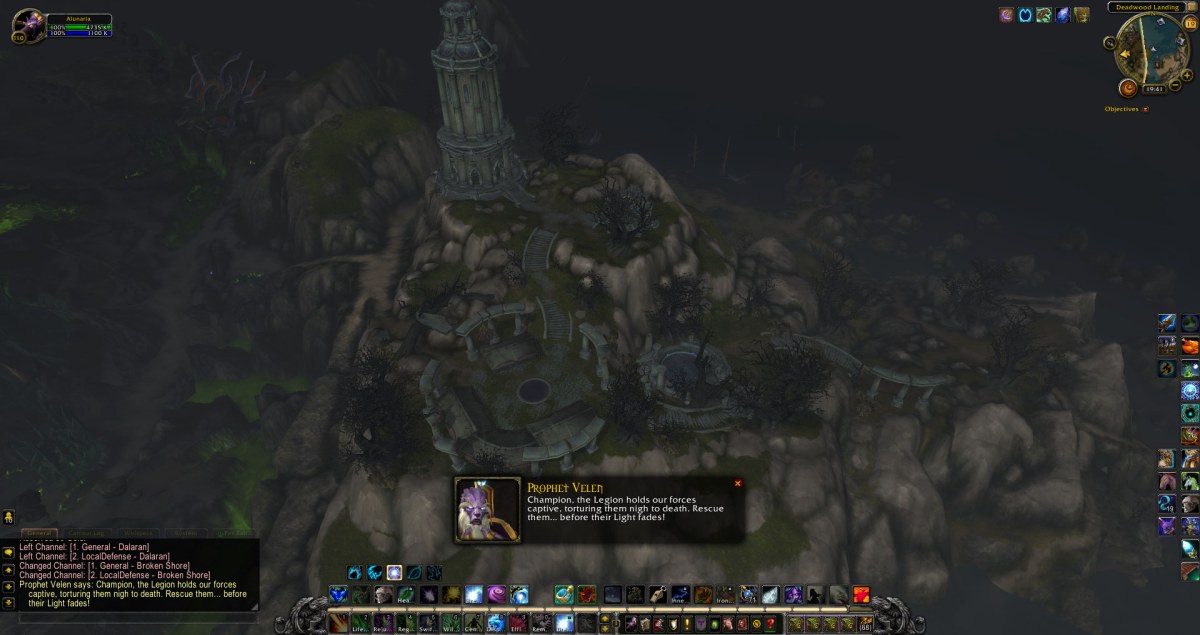 Gosh, look at that UI even. Anyway.

Silent World Quests is a very nice Addon for those, who want to get rid of all those “popups” on the screen, whenever you fly by an area. I missed it!

I find World Quests popups to be very distracting and not at all a joy, so this Addon sure is back to stay for me. 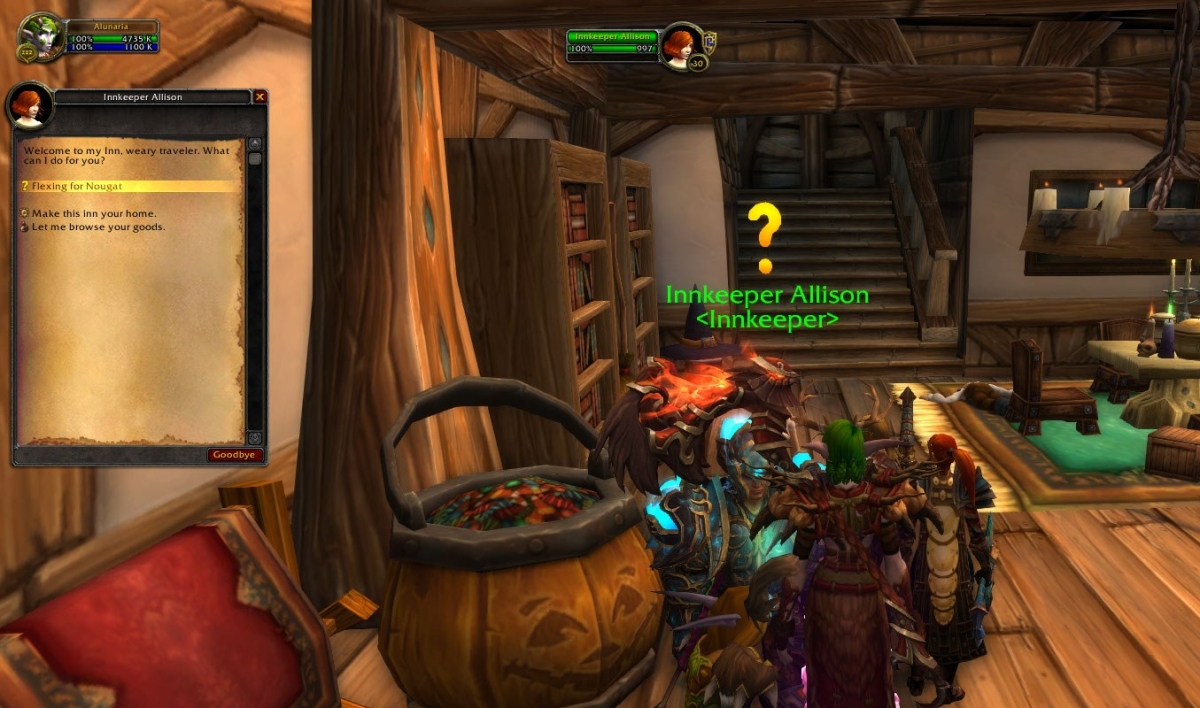 I really missed my Questing Addon too. I like to have my quest text in the middle of the screen in a more “dialogue” kinda of way. Immersion does that. 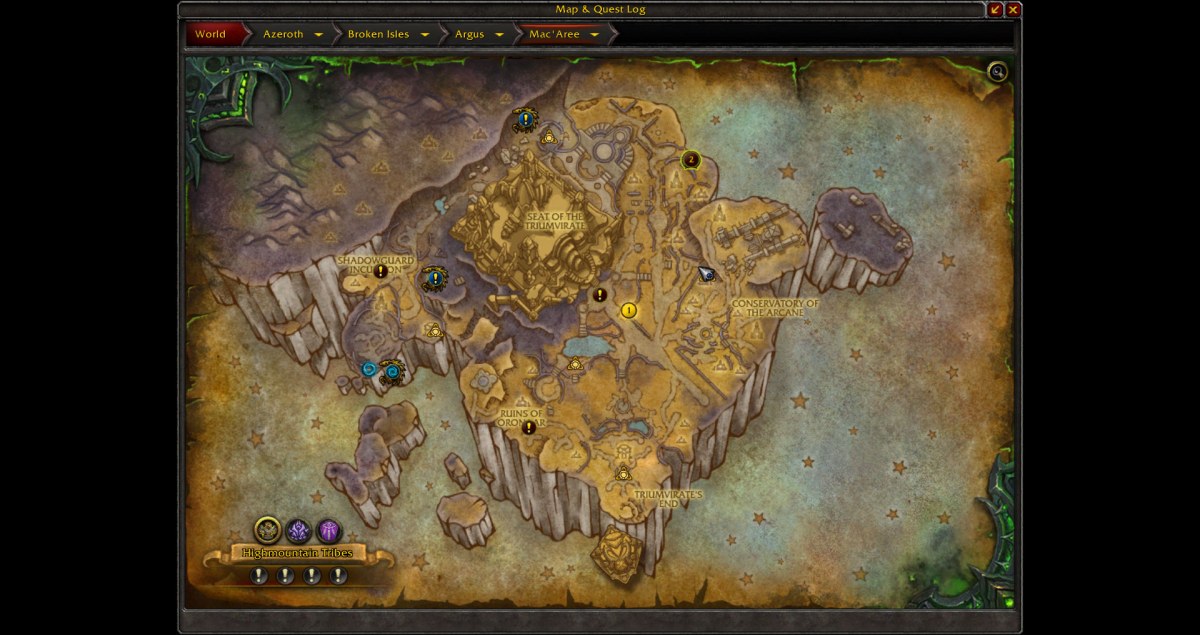 Right, very clean map, I’ll give you that, but how I missed Handy Notes telling me, where all the rares and treasures are.

I was so lost. I have a lot of Handy Notes Addons for a lot of different stuff, since my short term memory is quite rubbish, so without this, I had to postpone my Candy Bucket search too.

If there is one thing I want to prevent, its the constant tabbing from WoW to Wowhead etc. (I only have one monitor, so) 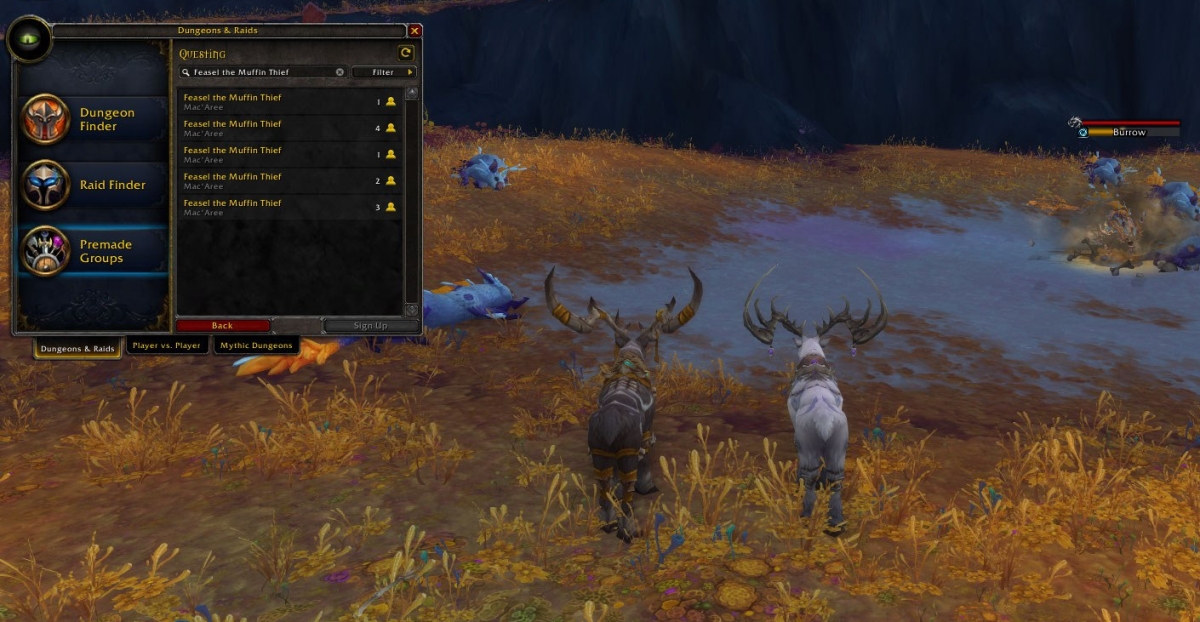 Granted, the standard UI for finding groups is quite okay, but I still missed World Quest Group Finder. It just saves me a click or two.

Right, here is the Addon I missed the most by far. There is no comparison.

Being able to track HoTs, debuffs, aggro and what not, in a decent way, is a must for me.

And the standard UI just ain’t cutting it. It has come a long way! But it’s just not good enough.

Missing Grid was what caused me to give up on this week, more than any other Addon.

(That I decided to reinstall after this week)

An Addon that tells people, when I am afk, even with BattleNet whispers (normally, it just works for normal whispers).

This is just nice for me to have, as I am often afk sorting work, laundry, what not, and this way, people know, I’m not just being rude, not answering!

Tells me what caused the death of a player. Handy feature, if you use it right.

Ok, this one. Super nice. This week actually made me discover it by coinsidence!

It keeps your UI intact, so no bugs, but all it does is, that it can fade it, make it more transparent.

I adore it. My newest Addon. Lots of options, in and outside of combat and the likes.

I find the action bars to be far too “colourful” compared to the rest of the game, and I can remember my buttons and have macros for most things anyway, so no real reason to have my Action bars, “right there in my face”. It can fade pretty much anything in your UI. 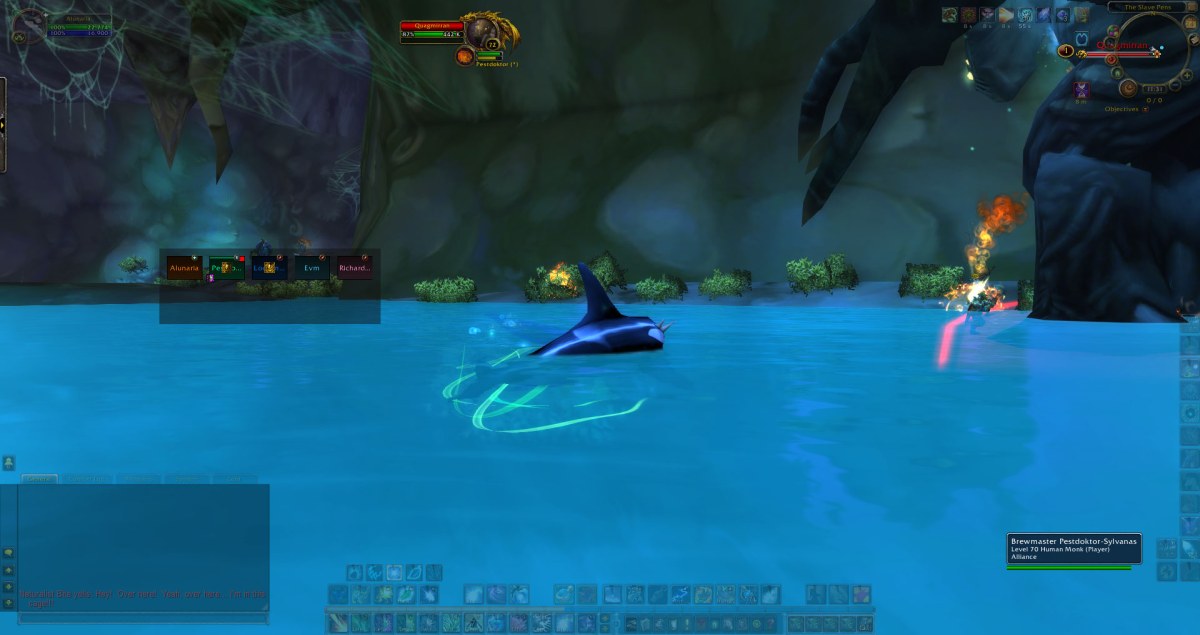 English is not my first language, so sometimes, I’m not entirely sure how to spell a word. This is where this Addon comes in handy; it’s basically an in game dictionary.

Pops up whenever a rare spawn is nearby (from MoP and beyond) Handy! (Is there one for the older world too, actually?)

Cute little Addon that tells me, when I loot an item in a raid, that I do not need, and that is an upgrade for someone else.

Nice for helping out others 🙂 (Just be sure to toggle off the message in raid, so you don’t end up spamming the raid chat. You can have it set to just inform yourself)

Really nice Addon, that adds a small “box” to the side of the mobs frame, so you can see, how many of a Quest item /kills etc. you need to loot from them.

See the “1” next to the mob in the far right side of the screenshot.

There you have it, pretty much. I find inspiration reading about other peoples Addons, so I hope this might have been helpful to someone out there 🙂

I’m saddened by the fact, I had to give up on this week.

But it really made me realize, how grateful I am, for those people that keep working on the Addons, we all need so much, in order to fine tune our game play.

Have you shown appreciation to your favorite Addon Author today? 🙂

I do think, that overall though, the encounters in WoW are beginning to be too complex for their own good. That new fight in the Antorus raid…Seriously?

Maybe as a result of Addons telling us what to do?

The titel of this post reminded me of a video, that really brought a smile to my face years ago.

Treat yourself and spend 2 minutes watching it, it is worth it, I guarantee!

20 thoughts on “One week without Addons…Epic fail”