Yes, well, let me try to get this started..!

I am very much “anti all new things” :p

And I was back when I was a dedicated raider too, unless it was a clear buff to my class, I would go mental for the period leading up to the patch, thinking everything would end and change and never ever be the same (Oh, is that the overdramatic mode being activated now? I think so)

Now, being as casual as I am, I feel, that without the “pressure to perform and adapt asap” to a new raid and patch, I can enjoy a patch, and just cherrypick what I like about it, and do that. Or not.

Because, when a patch hit, I usually hide in another continent than the end-game one for a few days, so let things cool off a bit.

Gosh, ok, that was a lot of text, for a site that I described as a place

“where I plan to share the screenshots, perhaps coupled with a few words (…)”.

So let me bring in some of those screenshots and the patch notes on 7.2.5 and the best features I look forward to!

In no particular order, here goes…

The time has come to join a raid of 10-30 adventurers and venture back in time to The Black Temple in Outland. You’ll be scaled to player level 70 and item level 141 on your way into this memorable highlight of the Burning Crusade expansion. 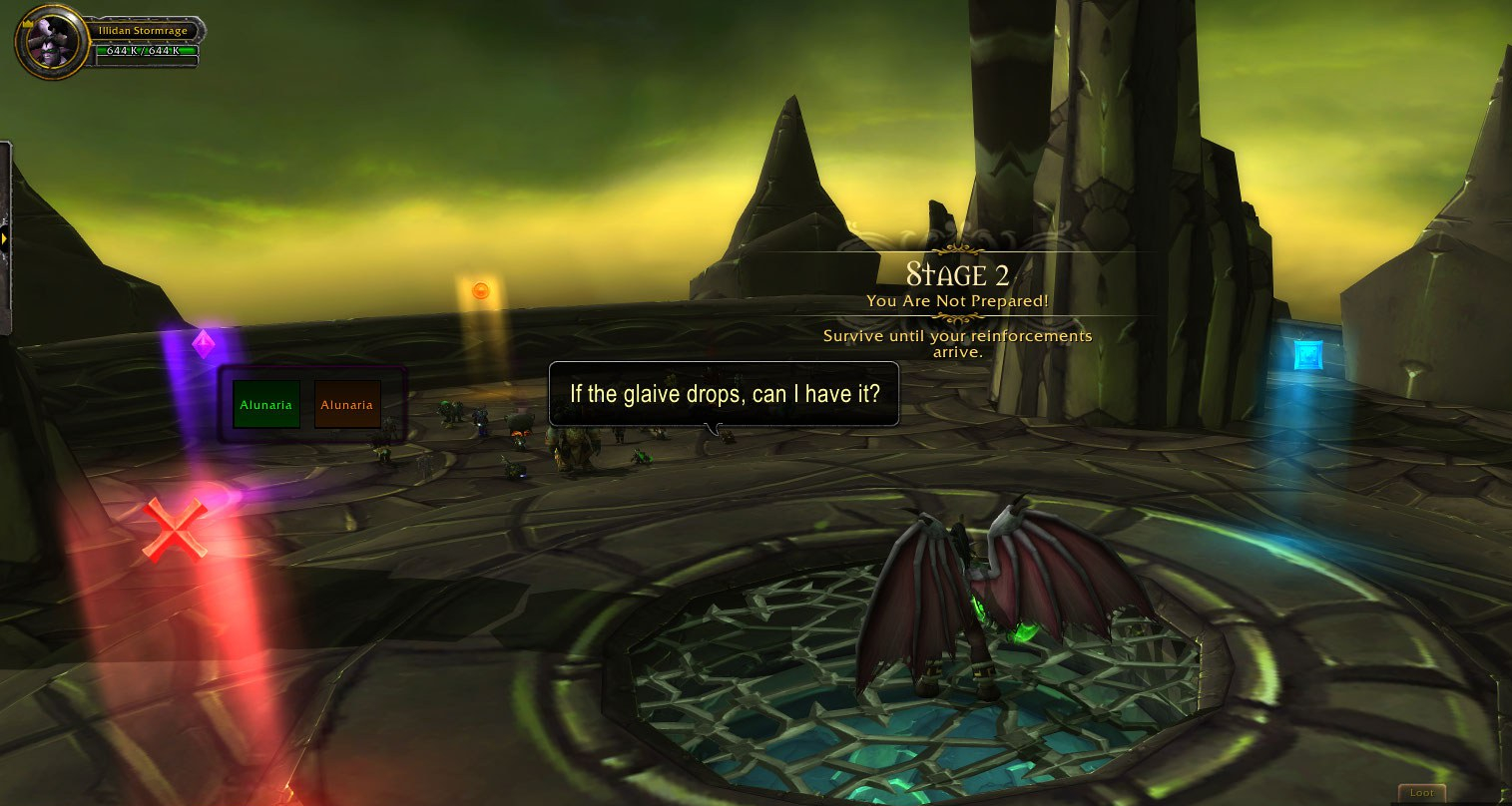 Depending on how this plays off, this is something I really look forward to trying out. I am curious as to how long such a raid might end up taking in a pug though.

I never managed the Molten Core “timewalk” version back then, since it took over 2-3 hours, and I havent got that amount of time at once.

I rather see this as a nice trip to the past, without too many difficulties, but just a few casualties, than a well executed “real” raid, the way its being introduced, especially since it’s tied to the Burning Crusade timewalking event.

In this new scenario, you’ll use the time-twisting powers of the Bronze Dragonflight to help Chromie prevent her own assassination.

Even though I read, that this scenario might be about speed, I have my hopes up for it. I always like these solo things, and from what I have seen on youtube (tried not to watch too much, dont want to spoil it) it looks very great!

New events are always welcome, in my book! Even though Im a little bit discouraged of how short a time some of them last – I sometimes end up missing them, since I cant play every day – but overall, I think they make a nice addition, especially if there will be a few breadcrumb quests leading up to it, and a little humor as well, like the Spring Balloon Festival had.

Oh, by the way, did you know that the in game calendar goes all the way back to december 2004?! 😀 Displaying our very first holiday event Feast of Winter Veil. 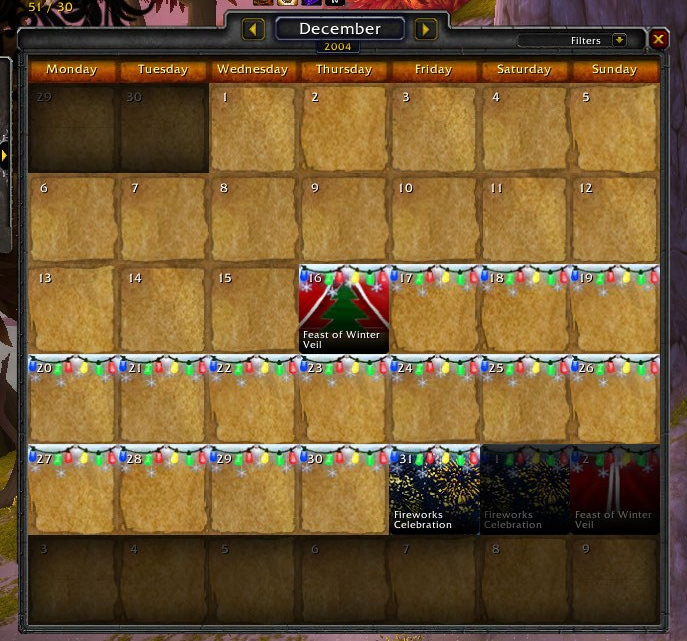 Something is amiss in the Deadmines and it will take you and your battle pets to put a stop to it. Speak to Breanni in Dalaran to begin the quest. Requires completion of Pet Battle Dungeon: Wailing Caverns. 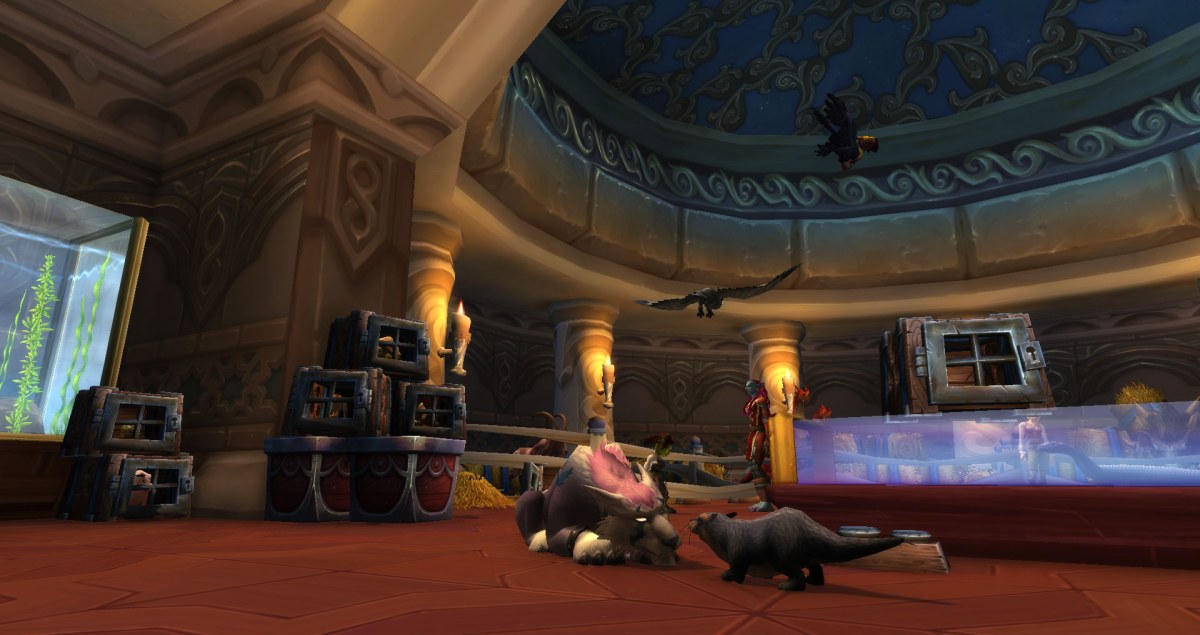 I am only getting started on these pet battles, but they are growing on me, very slowly. I’ve not managed the Wailing Cavers Pet Battle Dungeon yet, but I hope to be able to soon, so I can do this one too 🙂 And I hope it won’t be too much of “You must have this combo of ‘cookie cutter’ pets, or else…”!

The forsaken band Blight Boar has invaded the Darkmoon Faire! Every hour on the half-hour, the band will rock out with a death metal tune. Battle the Metal Knight to earn achievements, consumables, and a monthly chance at a brutal helm or killer guitar mace.

This sounds like another fun, goofy thing to do. Music, achievements, and transmogs, what’s not to look forward to!?

Smart heals such as Wild Growth and Holy Word: Sanctify now favor player targets over non-player targets, regardless of their health.

Well, not every change is a good one, of course.

But for me, the damage increase that is going up with a fantastic 25% will be very welcome, since I quest in my Restoration Spec.

That Wild Growth will now heal players around me instead of their Champions in the battle field is also an improvement.

If I was raiding, I might be concerned about the 4% nerf to our healing overall, but I think we will be in a solid place once again, when Tomb of Sargeras has been out for a few weeks.

Oh, this one! This one is one of my favorite patch notes! Which might sound odd to some.

But as a holiday I really cherish it. Very much! And the fact that more bonfires now are being added…Yay 😀 I plan to do nothing else but that holiday, once it arrives.

Thank you! For someone who relies a lot on this App, and thinks it’s one of the best things in Legion, it sure is nice to see a fix to these issues. I have obtained most of my Artifact Power from this App, and its nice, even with limited game time, to be able to “keep up”, a little.

Also great to see! I miss a lot if not all these recipes…Granted, I have not been very dedicated in trying to obtain them yet, but it’s nice to hear, it will be easier now. 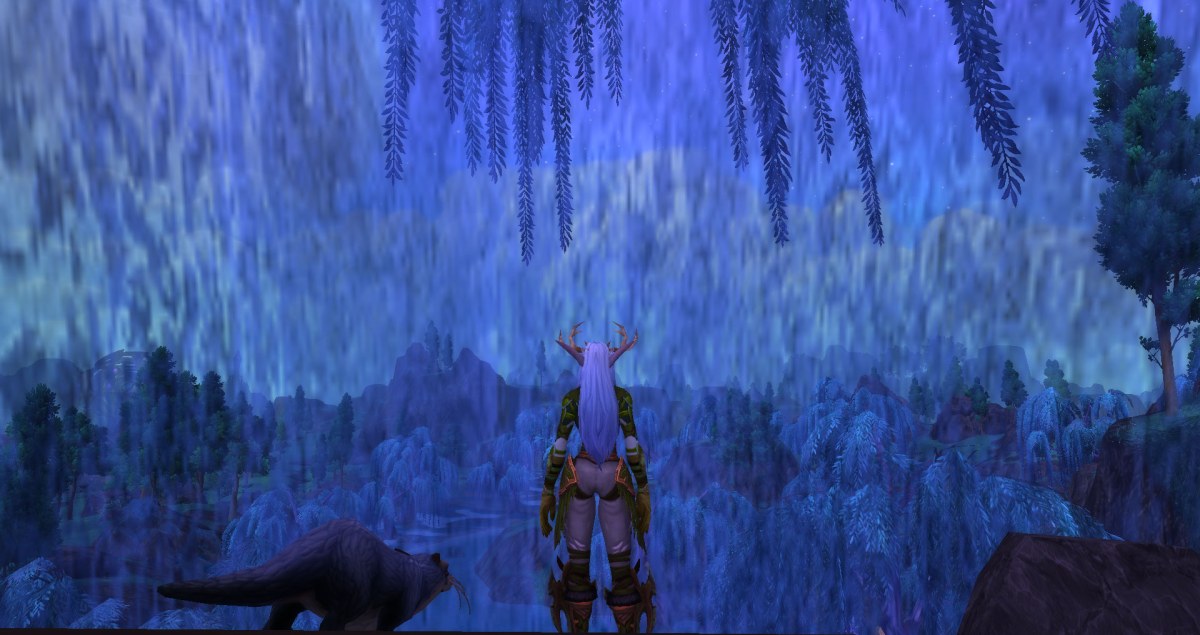 Small things often mean a great deal to me.

So all the finetuning of things in game always makes me appreciate the subtle changes that help improve it. Like an open all mail-button, finally. Characters look up and down, to the left and right, when targetting each other. Things like that.

But often, these things are not listed in the patch notes! So I do wonder, if we will see any of the kind, that has slipped under the radar, once the patch goes live.

Oh, I hope so. Wouldn’t it be great, if we, one day, would be able to see our characters interact with each other? Just a little hug?

They already made it so we can pat certain animals in game. Have some cats sit in our laps, and so on. Maybe one day 🙂

Right, that brings me to the last thing on the list! 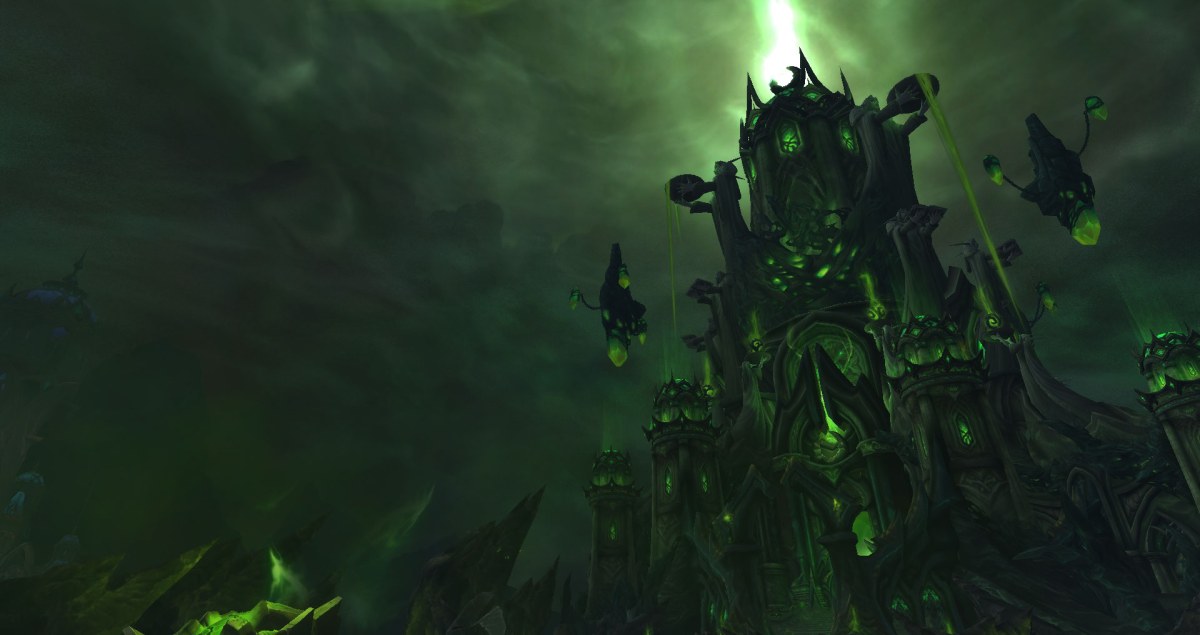 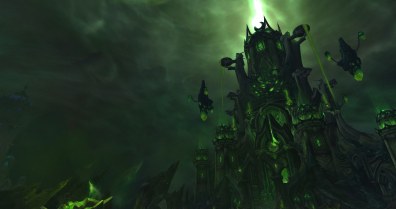 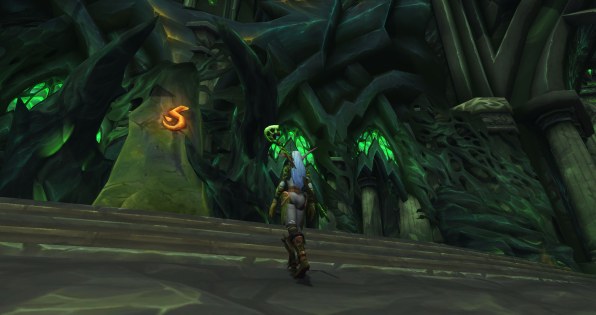 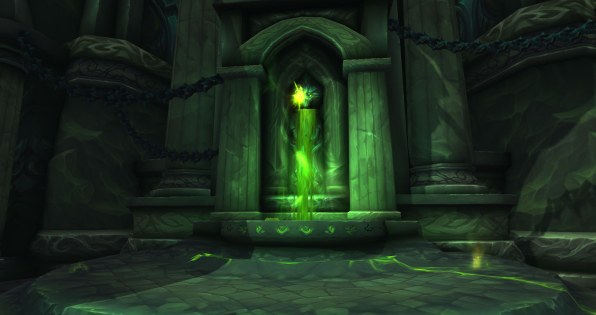 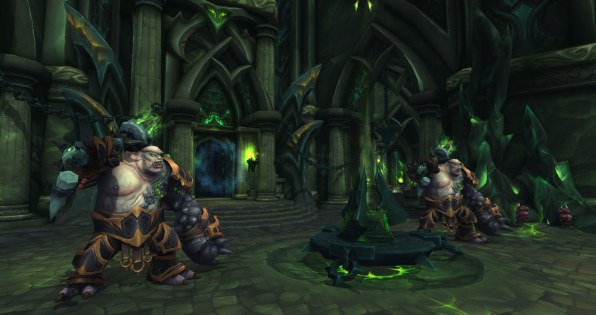 I am surprised it´s here already. Well soon, anyway, it wont be long. Im mostly surprised because, I do not think the Broken Shore really has managed to “hype” us up for it.

I was very excited to go in and take out Gul’Dan, for example. I still am!

But this raid instances somehow…Does not really do a lot for me. Maybe it’s just a matter of time. Maybe a nice cinematic will change it, or a couple of decent quests? I sure hope so…

On a side note, my favorite Youtubers Taliesin & Evitel Do Games are out with a new video! And their Weekly Reset will soon return too, so, that’s “good news everyone!”

On a last side note; look at how well I am doing with no World Quests! I haven´t even spoken about them today- oh, shoot. Well, you know. I got this… 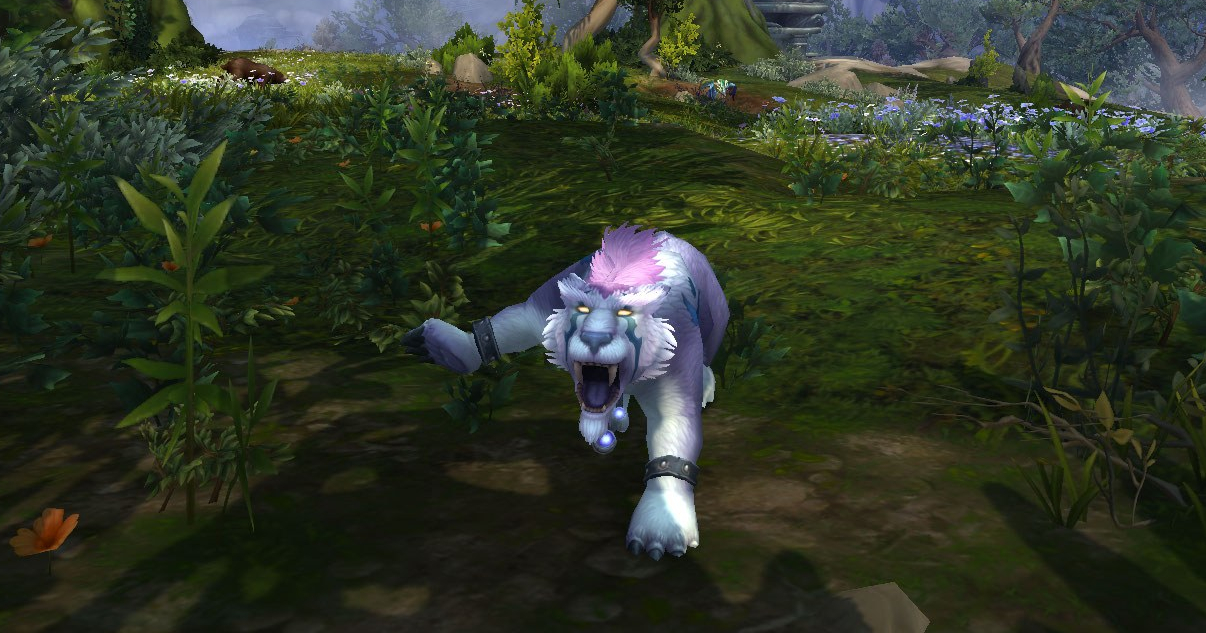 What do you look most forward to in the patch?