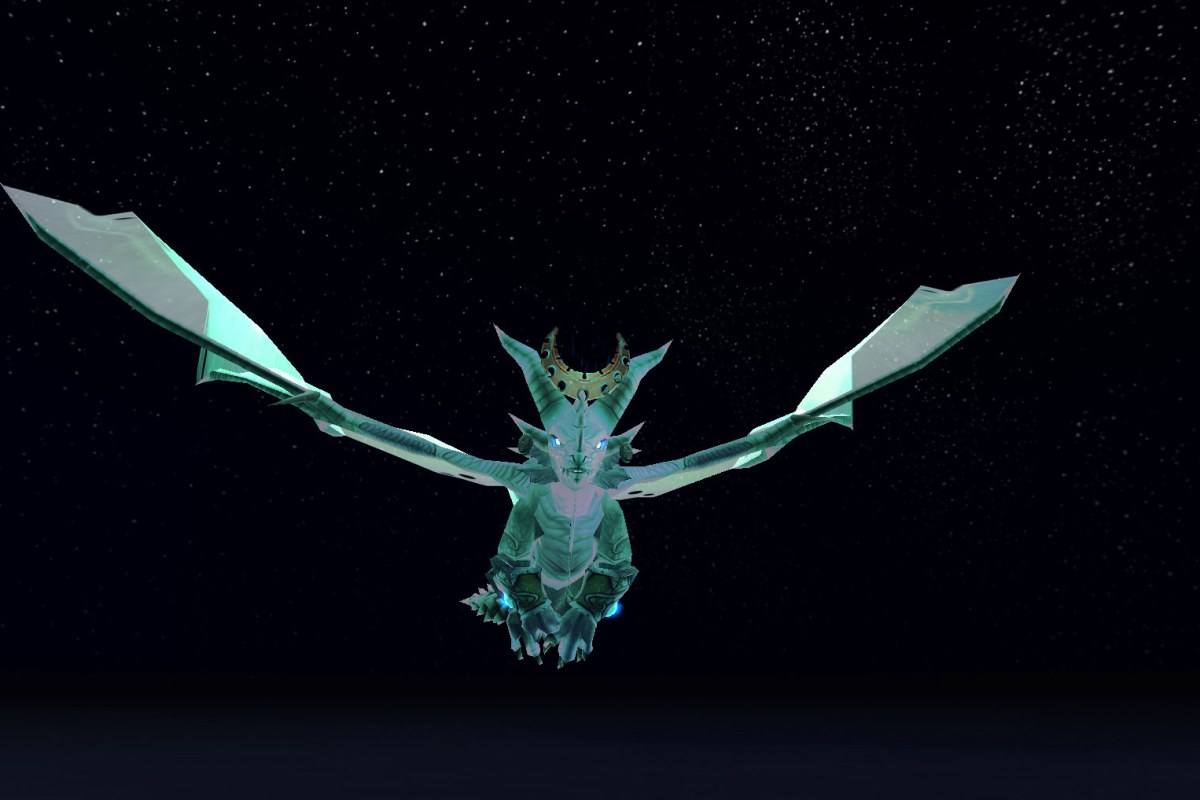 I have recently begun to go through my Toy-collection and this is one of my favorite Toys in Legion.

It´s not a fun or amusing one, altering your look, or anything of the likes. But it summons…(Vision of) Ysera.

I often use it at every cooldown possible. Even though she appears only for a short while, it´s so magical and gives a sense of her not being entirely gone yet. 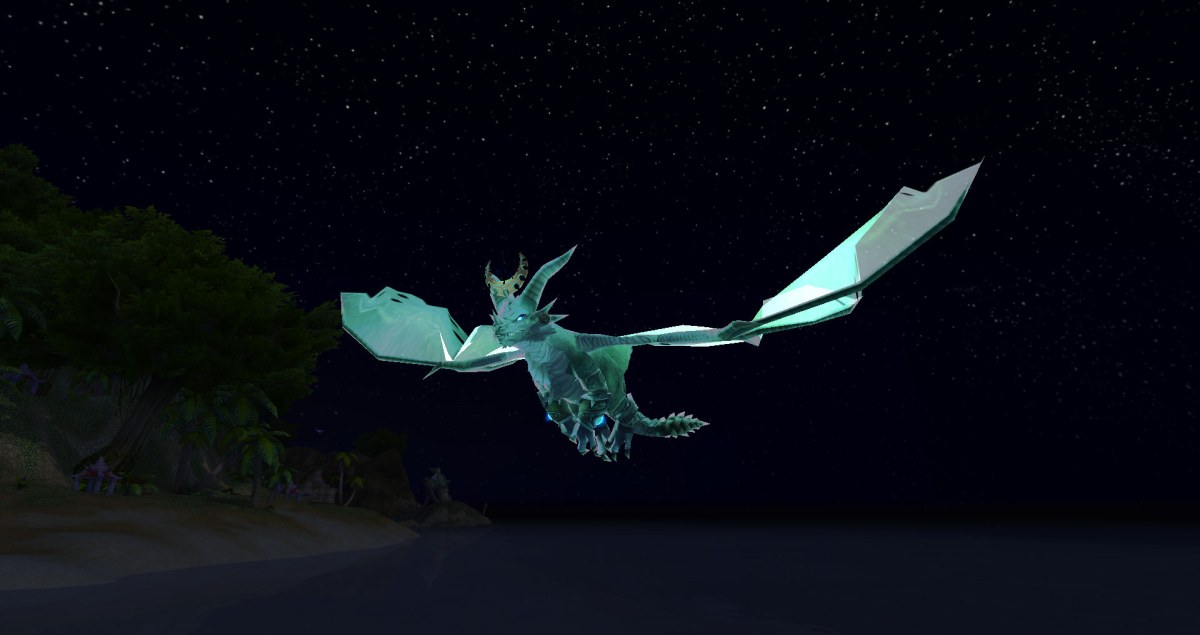 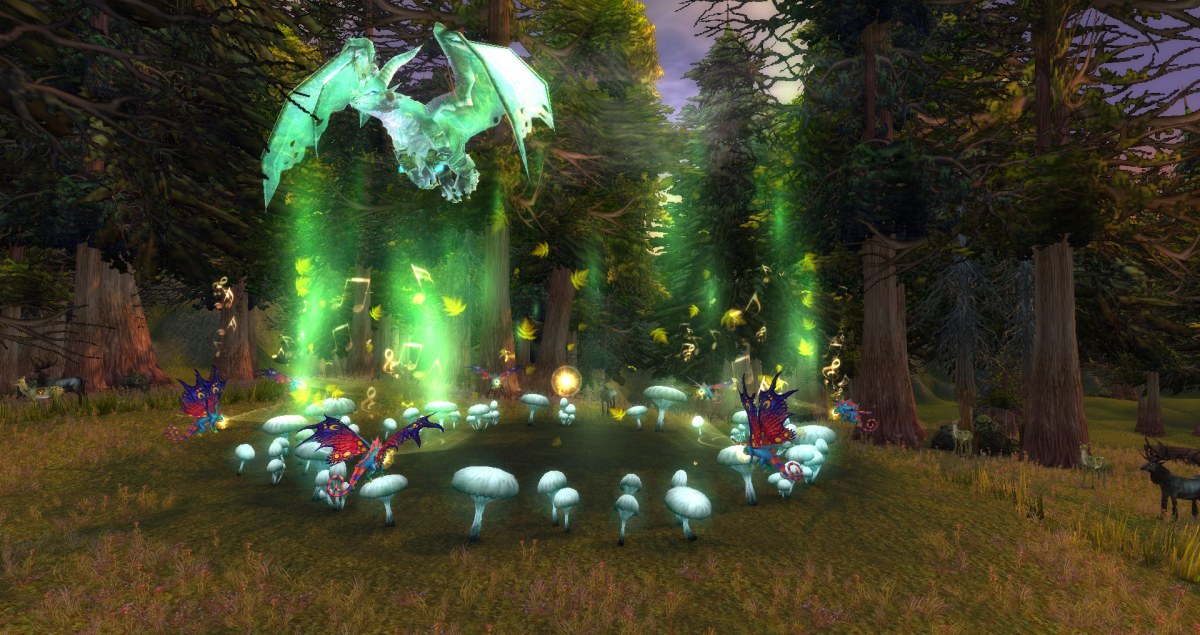 You can use it everywhere, and it can create some beautiful screenshots as well.

All it requires is Honored with the faction Dreamweavers and it´s sold by Sylvia Hartshorn.

Inside the raid Emerald Nightmare, you can actually also see her, walk slowly, across the water, and into a cave nearby.

She often fades away and becomes invisible…

Ysera, the green Dragon Aspect, was charged with the protection of the Emerald Dream, but also watched over Azeroth. To the druids, she was known as the “mother” of Cenarius, but since she is a dragon, this is not literal.[2]

Eonar the titan blessed Alexstrasza‘s younger sister, the lithe green dragon Ysera, with a portion of nature’s influence. Ysera fell into an eternal trance, bound to the waking Dream of Creation. Known as the Dreamer, she would watch over the growing wilds of the world from her verdant realm, the Emerald Dream.

Ysera was one of the Dragon Aspects that gave some of her power to the Demon Soul, not knowing Neltharion would betray the Aspects.

After the War of the Ancients, Alexstrasza planted a magical acorn from the Mother Tree G’Hanir within the second Well of Eternity, created by Illidan. The Tree grew large till it reached the heavens and was crowned Nordrassil. Ysera enchanted the tree so that it would be bound to the Emerald Dream.

4 thoughts on “Tear of the Green Aspect – Toy”