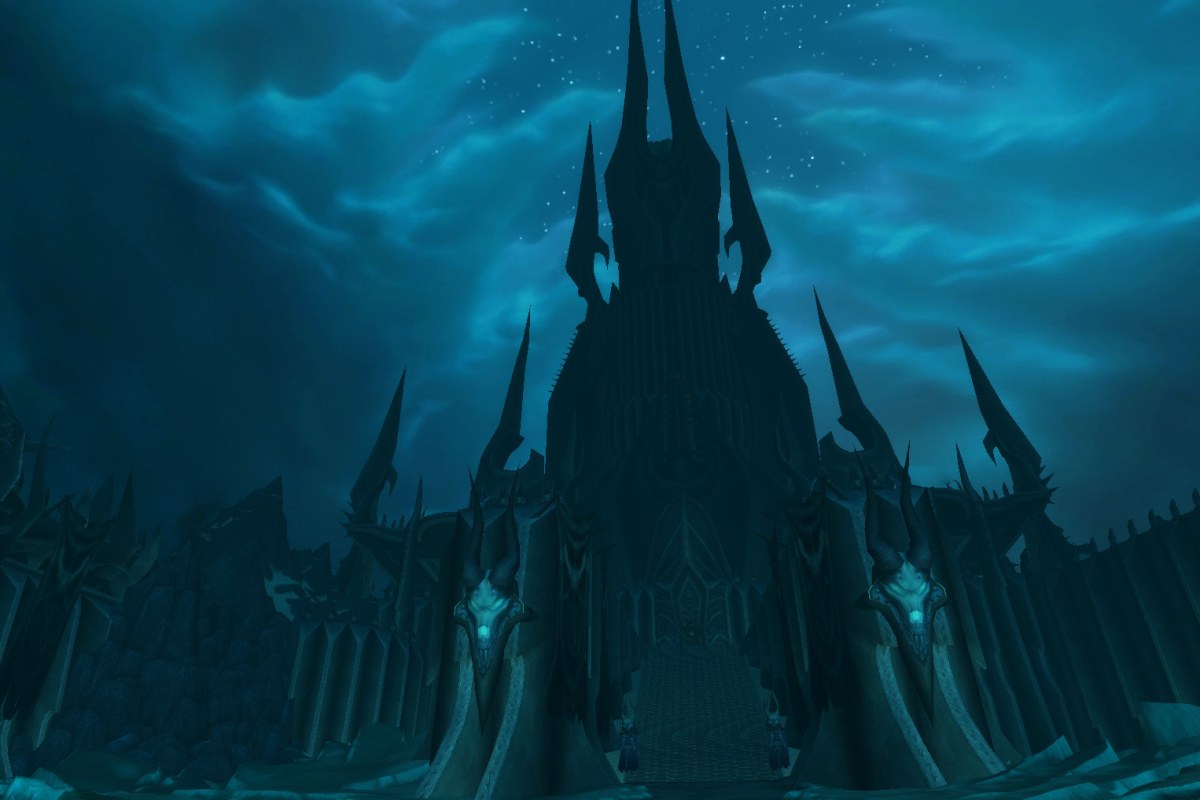 This week, the trip goes to Icecrown Citadel. And yes, well, Part 1, because the place is so big, and my time is so small!

Let´s start off with just walking to the place. Fly to the nearest Flight Path (or even further for more exploration, go go) take out your favorite ground mount and enjoy. In the dark of course, because  who can resist that? For comparison…

At Lord Marrowgar, the change to how our characters look up and down and to the side, depending on their target is really visable, and so cool.

And so, the journey continues. More stunning shots from inside. I actually never ever rode to the right when coming up after killing Lady Deathwhisper. I raided quite hardcore during WotlK, so not a lot of room for such exploration back then. 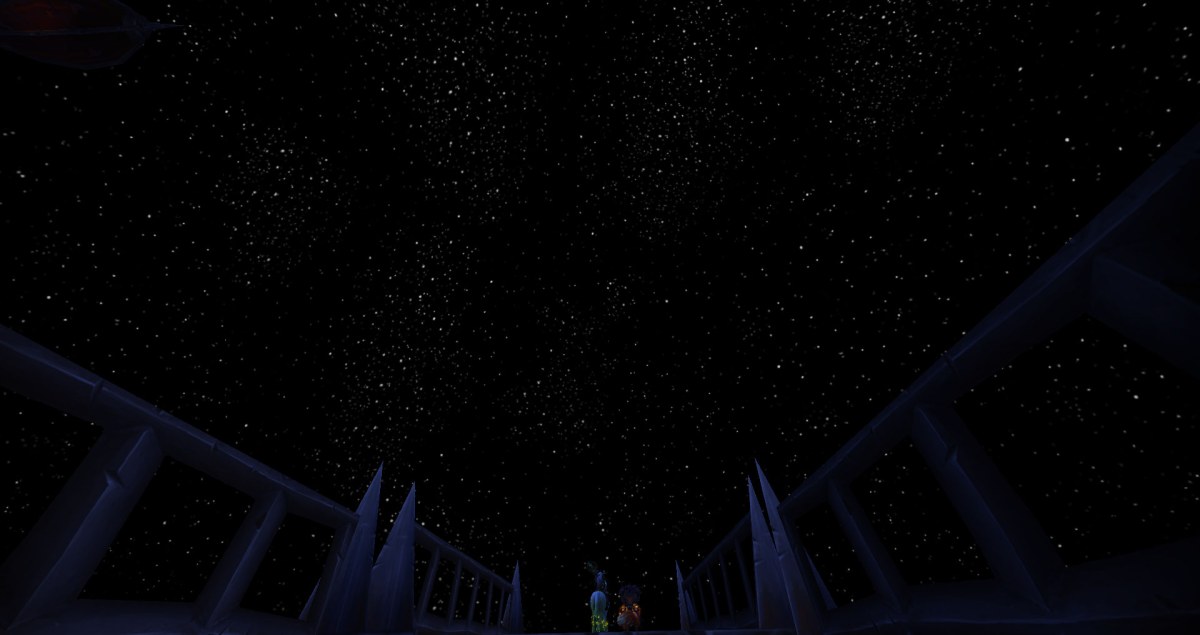 Obviously, this had to be done 🙂

And obviously one has to try and jump off. 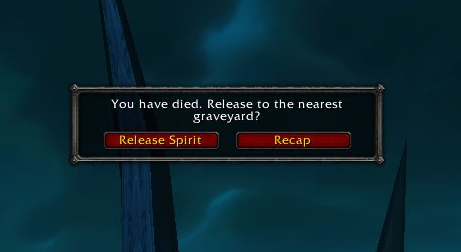 And also, on another note, don´t jump around -right- as the Gunship Battle begins. You will fall down through the floor! (Or so, I heard…) So this shot was taken after the corpserunning…:) I have actually never been inside the ship like this before. 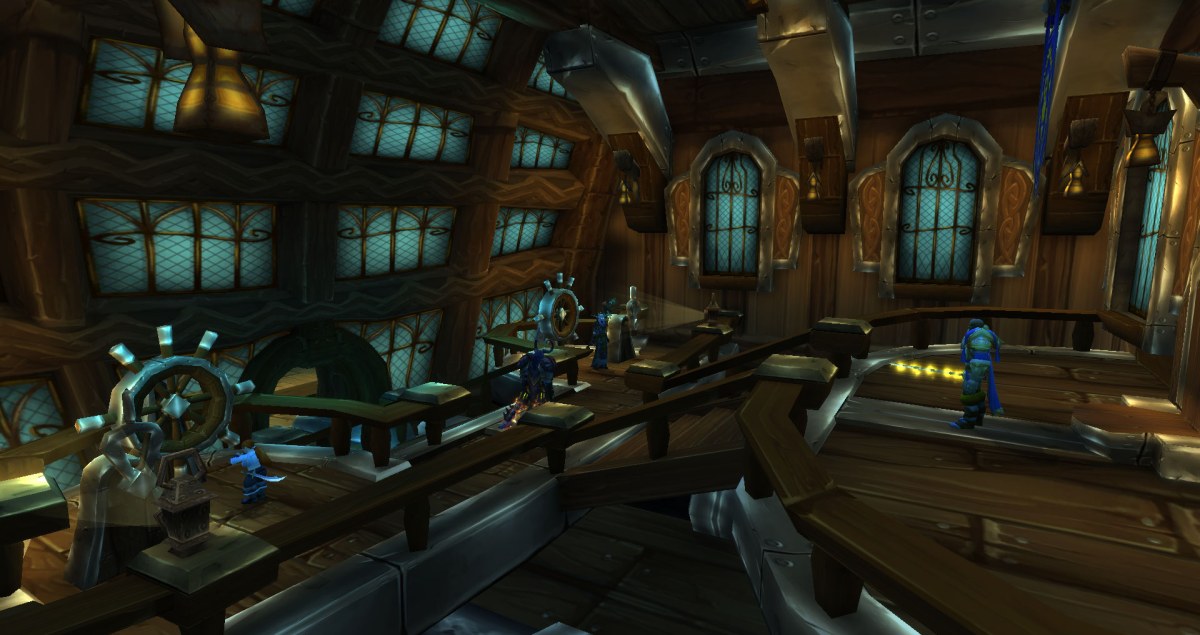 Varian… at Deathbringer Saurfang with the touching scene.

Muradin Bronzebeard says: What in the… There, in the distance!

A Horde Zeppelin flies up to the rise

Muradin Bronzebeard yells: Soldiers, fall in! Looks like the Horde are comin’ to take another shot!

The Zeppelin docks, and High Overlord Saurfang hops out, confronting the Alliance soldiers and Muradin

High Overlord Saurfang says: Behind you lies the body of my only son. Nothing will keep me from him.

Muradin Bronzebeard says: I… I can’t do it. Get back on yer ship and we’ll spare yer life.

High Overlord Saurfang walks over to his son and kneels before his son’s body.

High Overlord Saurfang says: I will not forget this… kindness. I thank you, Highness

King Varian Wrynn says: I… I was not at the Wrath Gate, but the soldiers who survived told me much of what happened. Your son fought with honor. He died a hero’s death. He deserves a hero’s burial.

King Varian Wrynn says: Jaina? Why are you crying?

Lady Jaina Proudmoore says: It was nothing, your majesty. Just… I’m proud of my king.

King Varian Wrynn says: Bah! Muradin, secure the deck and prepare our soldiers for an assault on the upper citadel. I’ll send out another regiment from Stormwind. 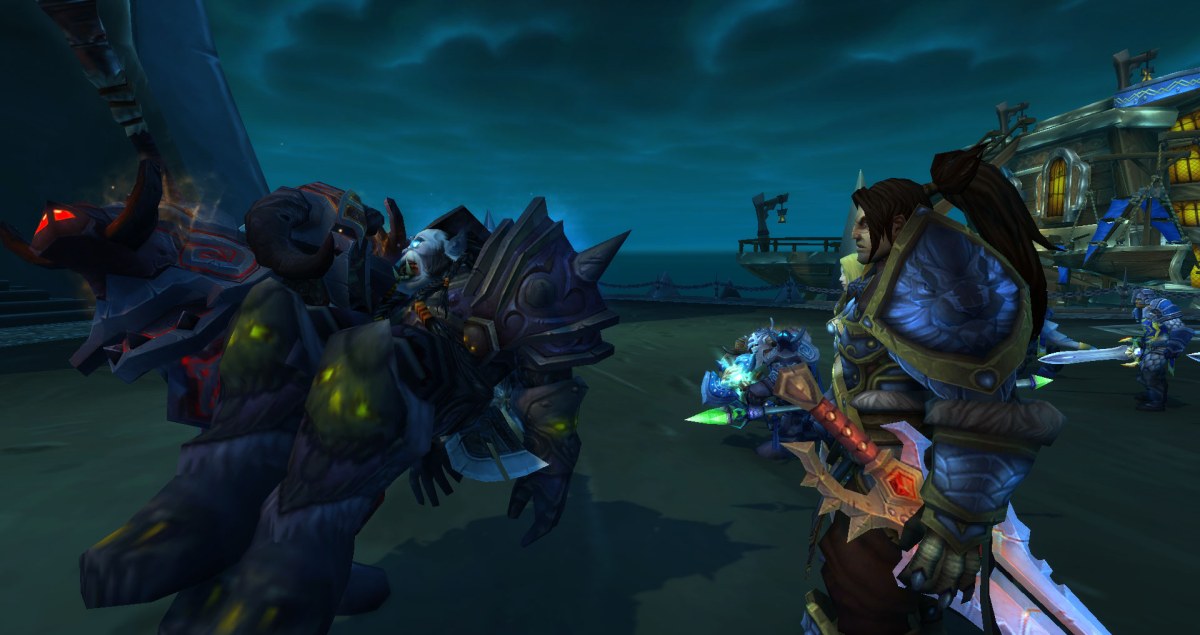 I am wearing this ribbon – But I never noticed it in that much detail back then! Adorable.

See all that blood dripping…Not that adorable.

I just had to do this!

That´s it for part one 🙂